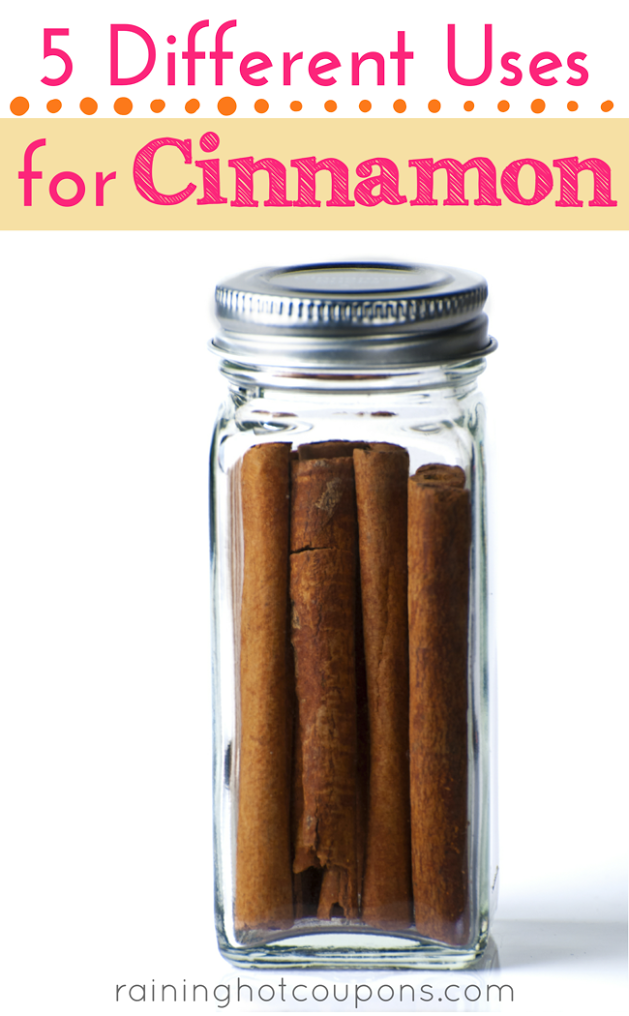 Cinnamon may be something you use around the kitchen and in baking on a regular basis. But have you considered some other uses for cinnamon? Surprisingly, it has a ton of uses around the house and even when it comes to our health and well being.  It’s really amazing what one small product can really do and surprisingly it can help out our budget by saving us money. Check out the top 5 different uses for cinnamon in everyday life and try them out today: