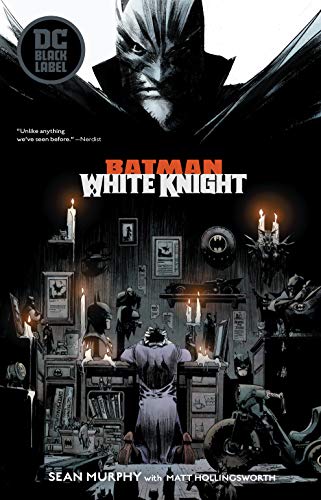 Wowsa! Right now you can get this Batman White Knight Paperback Graphic Novel for only $10.59 at Amazon! Plus you can get FREE shipping on orders over $25 or if you are an Amazon Prime Member.

Batman: White Knight follows the man now known as Jack Napier as he embarks on a quest to heal the city he once terrorized. After reconciling with his long-suffering partner, Harley Quinn, he sets in motion a carefully plotted campaign to discredit the one person whom he views as Gotham City’s true enemy: Batman.
Thanks, Free Stuff Finder!
POST AD GOES HERE
This post may contain affiliate links or sponsored content, read our Disclosure Policy.
0 Comments