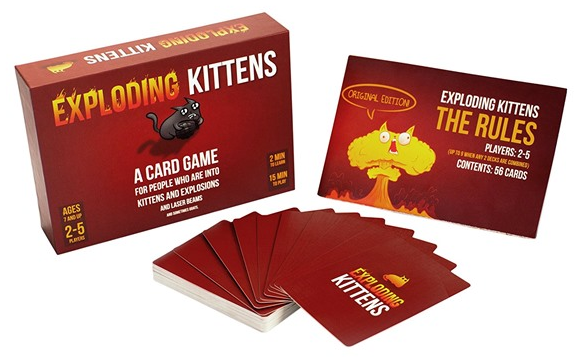 Are you looking for a new game to play with your adult friends and family? If you are, right now Amazon has these great deals on select Exploding Kittens games! Plus you can get FREE shipping on orders over $25 or if you are an Amazon Prime Member.

Exploding kittens is a card game for people who are into kittens and explosions and laser beams and sometimes goats. In this highly-strategic, kitty-powered version of Russian roulette, players draw cards until someone draws an exploding kitten, at which point They explode, they are Dead, and they are out of the game – unless that player has a defuse card, which can defuse the kitten using things like laser pointers, belly rubs, and catnip sandwiches. All of the other cards in the deck are used to move, mitigate, or avoid the exploding kittens. Exploding kittens is the most-funded game in the history of Kickstarter, and has paved the way for peace and tranquility in the modern world. 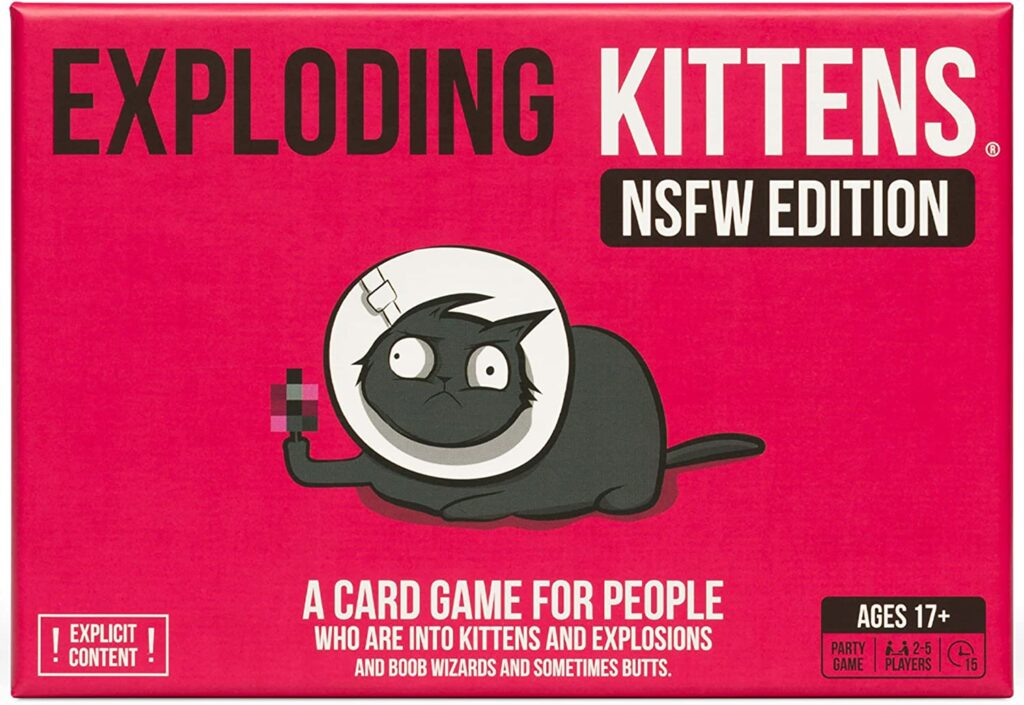 This nsfw version of the game contains the full version of exploding kittens, but the artwork on each card has been replaced with content too horrible/amazing to be used in the original exploding kittens game. The nsfw edition can be played with 2 to 5 players or combined with another deck to play with up to 9 players. 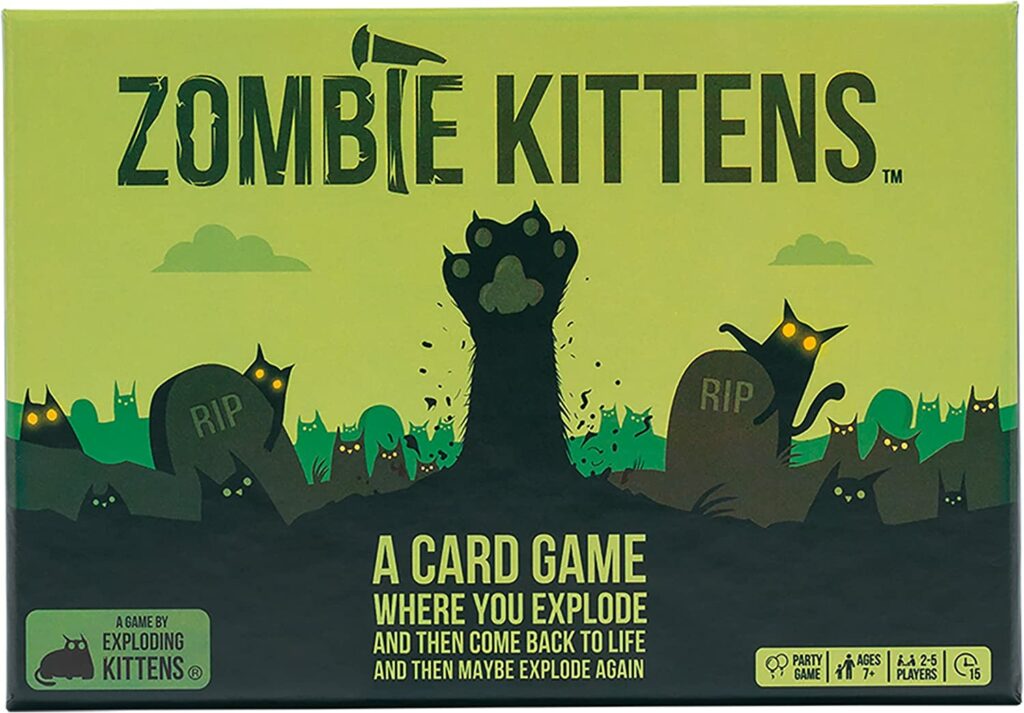 A new stand-alone version of Exploding Kittens that can also be combined with any deck as an expansion New gameplay mechanic solves the biggest issue with Exploding Kittens since its release in 2015…Player Resurrection. 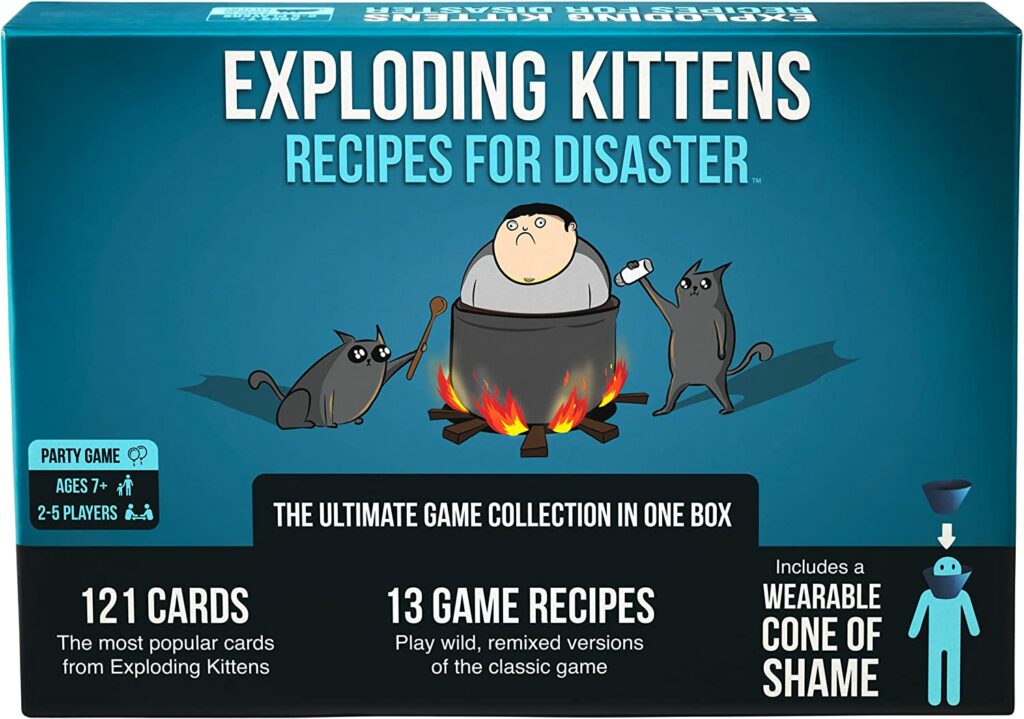 Recipes for Disaster is a collection of the 121 best cards from the original Exploding Kittens and all the expansions. Both new and experienced players can use the 13 Recipe Booklets included to play wild, explosive remixes of the classic game! Choose your game experience – play the Lightning Kittens Recipe for a quick 2 minute game, play the I See Everything Recipe for a psychic experience, play the Black Hole recipe with all Imploding Kittens, and so many more! 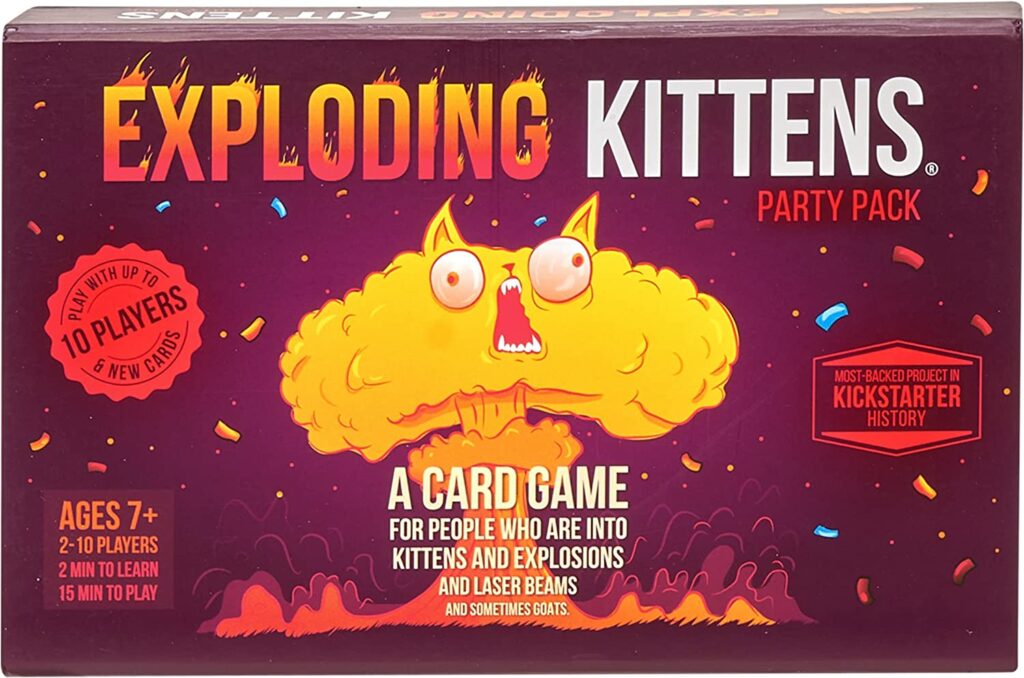