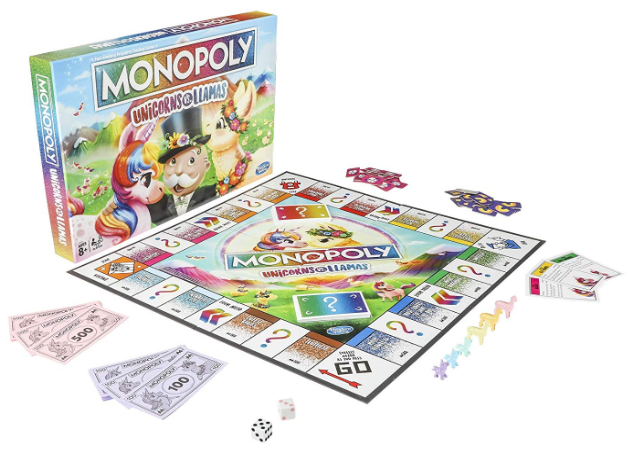 If you love unicorns and llamas have we found the game for you! Right you can get this fun Monopoly Unicorns Vs. Llamas Board Game for only $15.99 at Amazon! Plus you can get FREE shipping on orders over $25 or if you are an Amazon Prime Member.