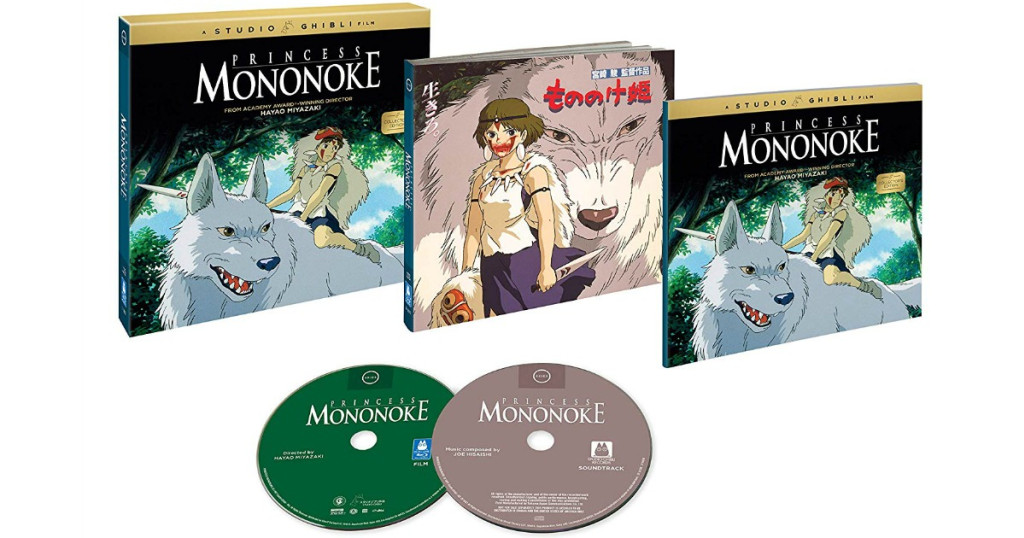 Calling all Anime fans! Right now you can pre-order Princess Mononoke Collector’s Edition for only $34.99! Plus shipping is FREE.

This limited-edition set comes housed in an elegant hard slipcase and includes a new 40-page book with stunning art and essays. Featured in a deluxe disc portfolio is a Blu-ray of the film paired with hours of special features, and the film’s soundtrack made available on CD for the first time in North America.
The set’s 40-page book features new essays by film critic Glenn Kenny (The New York Times, RogerEbert.com) alongside amazing imagery and statements from director Hayao Miyazaki and producer Toshio Suzuki, and Miyazaki’s poems about the characters.
From the legendary Studio Ghibli, creators of Spirited Away, and Academy Award®-winning director Hayao Miyazaki, comes an epic masterpiece that has dazzled audiences worldwide with its breathtaking imagination, exhilarating battles, and deep humanity.
Inflicted with a deadly curse, the young warrior Ashitaka heads west in search of a cure. There, he stumbles into a bitter conflict between Lady Eboshi, the proud people of Iron Town, and the enigmatic Princess Mononoke, a young girl raised by wolves, who will stop at nothing to prevent the humans from destroying her home and the forest spirits and animal gods who live there.