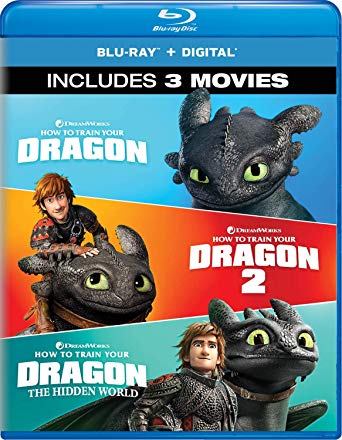 Wow! Right now you can get this highly-rated How To Train Your Dragon: 3-Movie Collection for only $24.99! This is a great collection for any fan!

Join Hiccup and Toothless on the adventure of a lifetime as they defy tradition and form an unlikely friendship that changes both of their worlds forever. Follow the epic journey in the How to Train Your Dragon: 3-Movie Collection.

Wow! Today only you can get this fun How To Train Your Dragon 2 Android App for FREE! This is a great freebie for any fan!

Stoick the Vast, Chief of Berk, is ready to crown his son, Hiccup, as the new Chief of the Viking Island of Berk, but Hiccup is not yet ready to lead. Through a series of misadventures, plus an eye-opening revelation and an epic dragons battle, will Hiccup become the chief he was always meant to be with his closest fire-breathing pal Toothless by his side?

How to Train Your Dragon 2 (The Official Storybook App) was developed by Cupcake Digital in partnership with DreamWorks.