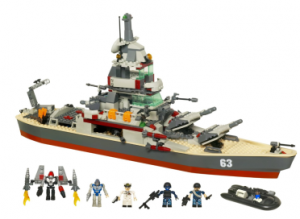 This hot deal is back again! Hurry over to Amazon and grab this Kre-O Battleship USS Missouri for only $28.53 (Reg. $84.99)+ FREE Super Saver or Amazon Prime shipping!

Build the Way You Play!
In your imaginary battles, the aliens are powerful and well-armed, but luckily, you’ve got the incredible weaponry of the U.S.S. MISSOURI at your command. It’s the most powerful ship in the fleet committed to the defense of Earth. Pretend to take command of mighty missiles, machine guns and the most highly trained KREON figure commandos in the world. They are ready to take on the alien threat in this flagship building set from KRE-O! Build it and pretend to join the battle!

High-Octane Action!
Build the way you play – without limits! KRE-O BATTLESHIP building sets let you invent your own awesome battles! Pretend to take command of the mighty U.S.S. MISSOURI as it sails into devastating battle against the alien menace. Launch missiles, or pretend to set forth on scouting missions in the attack boat. Blast the aliens away for nonstop building and battling fun! If you’re ready to imagine yourself on the front lines of the battle for Earth, KRE-O BATTLESHIP building sets are for you!

Build Your Own Firing Weapons!
Build the battleship U.S.S. MISSOURI, equipped with 6 customizable missile launchers! Pretend to go on the attack in the attack boat, launch missiles to keep the action going, and battle on the deck of the ship. Open up the set to reveal 3 interior levels and 5 cool KREON figures! 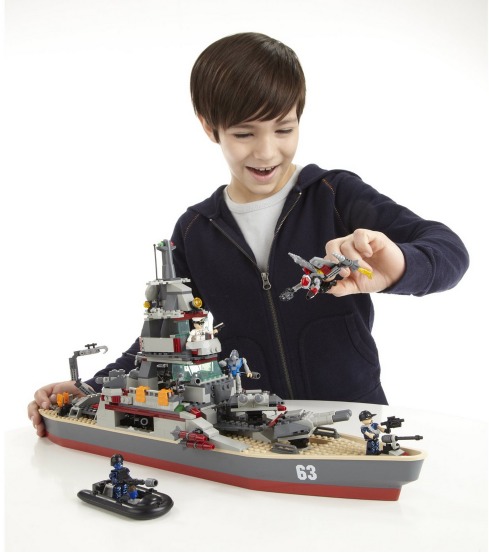 Wow! Amazon has a great deal on this KRE-O Battleship USS MISSOURI which you will pay just $38.35 (Reg. $84.99) + FREE shipping! This would make such a cute gift and is very nice. 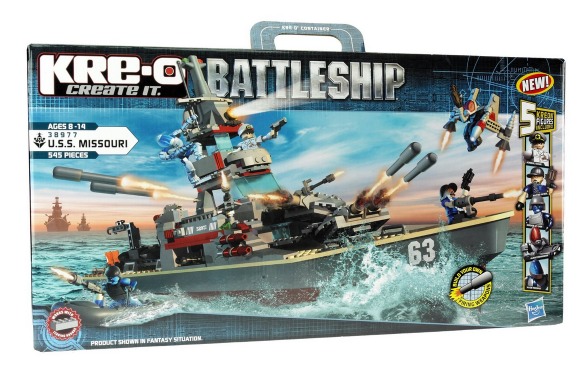