Just wanted to remind you all that there are still spots open…I know this is a lot of Raining Hot Coupons’ readers favorite survey company!

Wowza! I’m so glad this is back as this is by far my FAVORITE survey company out there! If you haven’t signed up for the Synovate Research Panel they are currently accepting applications for new product testers but hurry, as this open window doesn’t last long! Synovate, a leading global provider of market research information and analysis with over 50 years of experience!

As a Synovate panelist, you’ll get to:

Here is what Raining Hot Coupons readers have said about Synovate:

“Ive been doing surveys for them for years. I have received a ton of different things to test out, then you redeem your points for checks. I cashed in for $50 right just recently! It really is a great survey company.”

“This is so fun and I love this company, some of the things Ive tested were orange soda, pull ups & shampoo!”

“I signed up with them last year and I’ve gotten quite a few surveys and have tested some products so far and will be getting my check soon. “

**If you are signing up for a lot of different survey companies (which I recommend doing to make the most money from them) then you may want to have a separate e-mail for just your survey companies. 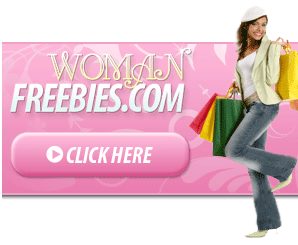 Here is a great new offer! You can get some awesome FREE items from Woman Freebies. Just sign up for FREE to start getting beauty product samples, Dove, Olay, Campbell’s, Maybelline and more! 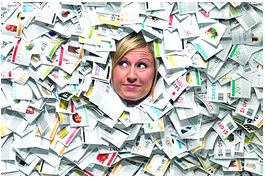 Wow! I’m not sure how many of you are aware of what occurred on the TLC Extreme Couponing show with J’amie Kirlew but below is an interview with The Wall Street Journal regarding allegations of committing coupon fraud, as seen on her television appearance on April 6th.

I am in SHOCK after reading this interview…I cannot believe she would openly admit to coupon fraud and continue on doing what she was doing.

For those of you that don’t know, she was using coupons for different items than what they were intended for just because they were in the same “bar code family”. For example, it would be like taking a Razor coupon and using it on paper towels just because it didn’t “beep”….LONG story short….

What are your thoughts about this?!

Below is her interview:

How have you been since the show aired?

Kirlew: My episode still airs and I still have a crazy amount of cruelness online. I have received anonymous emails. The attack was just relentless. The national response has been so incredibly cruel with some people saying, “Please remove J’aime from your show.” People have purchased ads with my name online. Everyone else is profiting off this, and used this story to direct people to their websites and to buy their e-book and DVD. But I’ve had a lot of positive comments and emails.

How has TLC been with the media backlash?

TLC didn’t prepare me whatsoever. I felt like a fish thrown amongst the sharks. The channel was the publicity liaison to hook me up with the various media outlets that want to speak to me. In no way shape or form do I feel like they have helped me in how to respond.

(TLC declined to comment, but told Pay Dirt last month: “Any of the cast’s strategies are unique and their own to comment on.”)

You matched barcodes, as long as they worked, rather than products, right?

Do you believe that was the right thing to do?

Yes, I believe that I have done nothing wrong. I’ve even had managers take my purchase and check me out. They’ve told me, “If the coupon goes through at my register, I’m getting reimbursed for it.” I have never been approached by anyone in authority telling me to do something different.

Will you change your methods now that manufacturers are changing the barcode system?

I do not intend to change my shopping habits unless or until the code changes. If it is in fact a problem, the new GS1 barcode should resolve all of these issues.

And what about the comments from the Coupon Information Corporation?

Regarding those individuals that Mr. Miller is looking for, I don’t fall into that category. I’ve never copied coupons, I’ve never created my own coupons, I’ve never redeemed any other coupon other than what comes in the coupon inserts from the newspapers or legitimate online, printable manufacturer coupons.

How did you get started clipping coupons?

I knew nothing about couponing until my husband took a pay cut. I saw BeCentsAble on Good Morning America. I contacted them and purchased their DVD and got started.

Is this where you learned to match codes as well as products?

(BeCentsAble founder Chrissy Pate told Pay Dirt that their code matching strategy was designed to match products not pictured on the coupon, but ones that were still specified for use by the coupon: Pate says, “We had no idea people were misinterpreting what we were saying. Some coupons put the most expensive Tylenol picture on coupon, but the coupon was designed to be used for other Tylenol bottles too. We changed our DVD and sent out lots of correspondence not to talk about barcodes because this was being misunderstood.”)

What do you want from this interview?

I want to stop being the Scapegoat. I used a Buddig Deli cut for a 12/16 ounce packet for a 2 ounce packet because the numbers matched. The coupons went through at the register and I did not have any problem.

Bud Miller, the executive director, of the Alexandria, Va.-based Coupon Information Corporation, which represents the manufacturers of coupons issued in the U.S., says it’s not a gray area: “Coupons are a contract and the controlling barcodes are merely a method of processing coupons, so any use of a coupon to produce a product other than stated in the plain language of the coupon is considered fraudulent.” Manufacturers are now changing their barcode system to prevent coupons being used for other products that work with the same barcode.