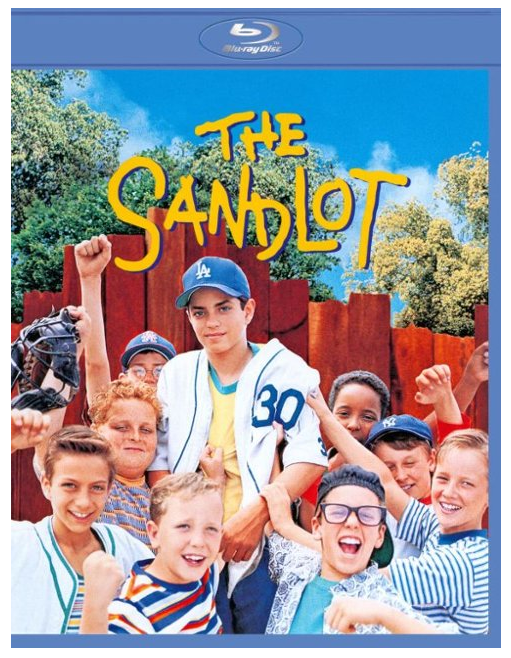 Right now on Best Buy you can grab this classic The Sandlot Blu-ray + Digital for only $14.99! What a great gift idea!

The Sandlot is sparsely narrated by the main character (now an adult) who occasionally drops in on the action to comment on events or help move the story along. Tom Guiry plays Scotty Smalls, the shy new kid on the block who wants to join the rowdy pickup baseball team that plays every day in the neighborhood sandlot. But he doesn’t know how to catch a baseball, and his stepfather (Dennis Leary) is too busy to teach him. He tries out for the sandlot gang anyway, and though he isn’t very good, it turns out he’s lucky: there happen to be only eight of them, and nine makes a team. The summer passes blissfully as Scotty learns to play ball under the wing of Benny Rodriguez (Mike Vitar), the oldest and best player, as well as Ham, Squints, Repeat, and the rest of the kid-eccentrics. The skies darken, however, when Benny literally knocks the stuffing out of the team’s only baseball, a sign of impending doom, or worse, bad luck. Wanting to set things right, Scotty returns home and “borrows” his stepfather’s ball, which he promptly uses to hit his first home run, knocking the ball clear out of the sandlot into mean old Mr. Mertle (James Earl Jones)’s junkyard, home to Mertle’s legendary guard dog The Beast. Scotty admits that he took the ball without asking, and he naively explains that his stepfather will want it back since it had a woman’s name written on it: some lady named Babe Ruth. Horror-stricken, the sandlot gang mobilizes to fetch the autographed ball from the clutches of The Beast, building a series of mechanical ball-retrieval machines which get progressively more complicated and preposterous as The Beast’s size grows in their imaginations.~Anthony Reed
Thanks, Hip2Save!
POST AD GOES HERE
This post may contain affiliate links or sponsored content, read our Disclosure Policy.
0 Comments